The World Happiness Report has been published annually in advance of the United Nations’ International Day of Happiness (March 20), and in it are some fascinating factoids. A few tidbits about what makes humans tick, yes, but the report provides an absorbing and statistically sound look on what, ultimately, is our innate need to feel a higher purpose. Feeling a calling and a sense of belonging brings a higher quality of life, regardless of culture, locale and even income. Marketers, take note.

Created by surveying roughly 1,000 individuals annually in more than 150 countries, The World Happiness Report, aims to explore the factors affecting well being around the globe. The foundation of the study is structured around answers to the Cantril ladder question where scientists ask, “Please imagine a ladder, with steps numbered from 0 at the bottom to 10 at the top. The top of the ladder represents the best possible life for you and the bottom of the ladder represents the worst possible life for you. On which step of the ladder would you say you personally feel you stand at this time?”

The results of this extensive, long range survey are not black and white by any means, rather they shed rays of light on a global village of citizens all aspiring to something bigger. The conclusions may surprise you. 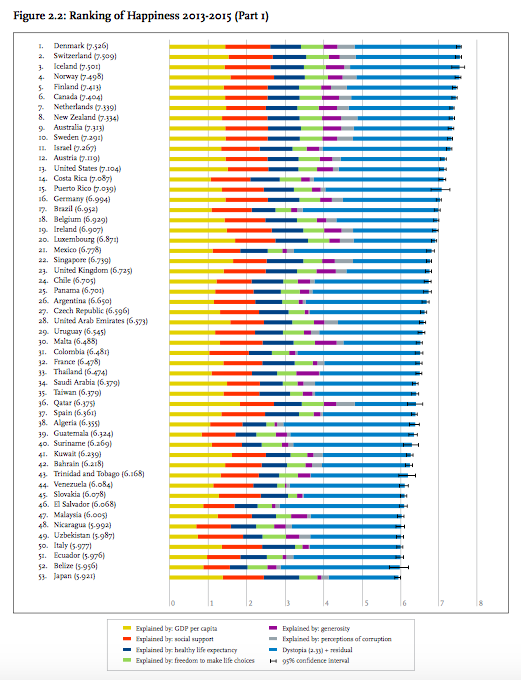 Marketing towards happy is one of our favorite feel good brand strategies. As marketers, we must walk the line between real and recreated; today’s savvy consumer can sniff out a scam in no time. Access the entire World Happiness Report online for a more in-depth look at what motivates and moves humans around the globe.

Written By
Nikola Cline
More from Nikola Cline
This month’s favorite brands come with an edge, a snarl and a...
Read More