The sound of a needle dropping lightly into the grooves of fresh picked vinyl is quite satisfying- a faint garble of static before the notes start pouring forth. It’s exciting to see more and more vinyl records available everyday- reissues and new releases, both. Perhaps the sweet 70’s flare of HBO’s Vinyl will kick things into hyperdrive (the opening credits of a needle exploring mega-grooves is quite clever) and introduce a new generation to the joys of listening to and collecting records.

Record Store Day 2016 celebrates the art and soul of vinyl records, yes, but more serves as an annual homage to the independent record store and the discovery that happens within. Last year Brandettes featured an in-depth, full length interview with Record Store Day Co-Founder, Carrie Collation, who gave us a fascinating look at how they’ve grown the brand and partnered with notable musicians since organizing in 2007. Colliton and her crew seem to pick all our favorite people to get involved with- Iggy Pop, Jack White, Dave Grohl and this year’s Ambassador, Metallica.

There are hundreds of event happening around the country on April 16, 2016, along with new releases from a long list of incredible musicians. Justin Bieber and The Weeknd are joining veterans like Tom Petty and Steve Earle in releasing exclusive tracks in honor of Record Store Day 2016. Be sure to check out Record Store Day 2016’s web site for an up-to-date-list of happenings to hit up. 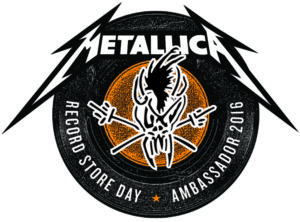 Written By
Nikola Cline
More from Nikola Cline
A dreamer is one who can only find his way by moonlight,...
Read More